Ban bags or get better at garbage?

How Edmonton could deal with plastic waste

They blow around on sidewalks and streets, get caught in tree branches and wash up in the river. Discarded plastic bags aren’t the biggest source of litter in Edmonton’s urban landscape, but they might be the most noticeable.

This problem prompted Coun. Ben Henderson in 2008 to ask the city to investigate a potential ban on plastic shopping bags. At the time, it was determined that a bag ban would be too onerous for consumers and merchants and too difficult to regulate. 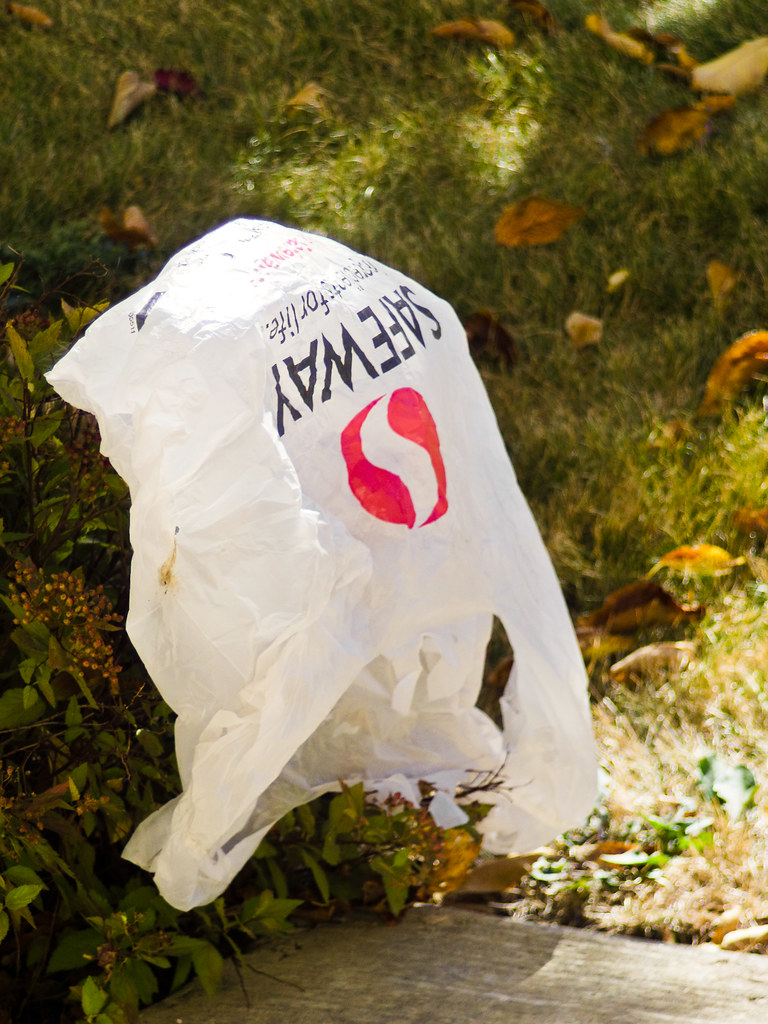 So the idea was scrapped and the city hasn’t looked into the issue since then. It has popped up again in local news: in 2012 after Toronto instituted – and then reversed – a controversial bag ban that provoked two lawsuits, and again in 2016 after Montreal announced it will ban plastic shopping bags starting Jan. 1, 2018. In these discussions, it’s often mentioned that Fort McMurray has had a plastic bag ban since 2010. (This ban is still in effect, though it was not without controversy or criticism and was amended in 2012.)

Henderson isn’t opposed to raising the issue again, but he also wants more information prior to doing so. “I’d want to know, in revisiting it, that there was some really good examples of what will happen, so that I wasn’t sending people up another wild goose chase,” Henderson says. “Sometimes there are unintended consequences that you don’t anticipate of these things.”

He’s also noticed a decrease in the use of plastic bags since he raised the issue, though certainly the problem is far from being solved.

That scene from the film American Beauty, via Gfycat

“As I sit here watching a plastic bag blowing around the street outside my window,” he begins with a wry chuckle, “Our push was to try and get voluntary compliance and to try and get the retailers to diminish [their use]. And I’m noticing that happening, interestingly enough. Even now, there’s grocery stores that are now charging for bags that didn’t used to. I think in the end, that’s probably the more likely scenario: to actually diminish people’s desire to actually use them to begin with.”

Plastic bags are problematic as a source of litter on the streets, but also because they are made of non-renewable and non-biodegradable petrochemicals. Henderson points out the “embodied energy” they represent – the fossil fuel energy used not only to make them, but also to transport them and dispose of them.

Bags are also just one aspect of a much larger litter problem in Edmonton. And part of that problem might be the fact that Edmonton is recognized for its innovative waste management system – people may be getting careless with their trash, because they think the city is taking care of it. “It’s about people not being sloppy with their refuse, which is a problem that goes well beyond plastic bags,” Henderson says. “We just got into a bad habit of not being careful about our garbage.” 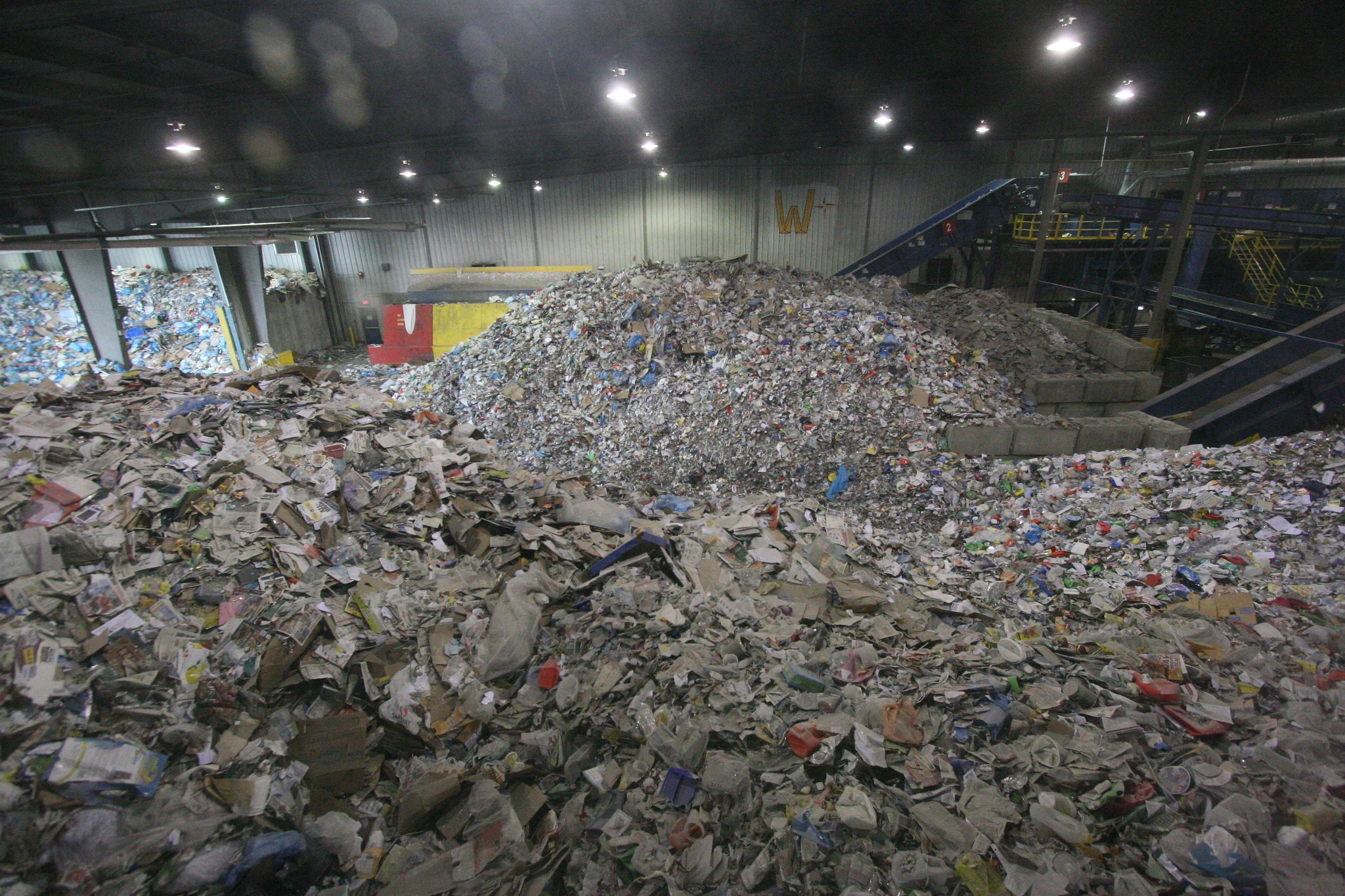 A scene at the Edmonton Waste Management Centre, photo by David Dodge

Erika Droessler, education programs co-ordinator in utility services at the City of Edmonton, explains that the ultimate fate of film plastic (the industry term for the material of which plastic shopping bags are made) depends on how residents dispose of them:

This only applies to residential waste, too. The City of Edmonton collects and processes all residential waste, but it’s up to individual businesses, organizations and institutions to select their own waste provider. The City offers commercial waste collection service, but there are many private waste collection companies operating in Edmonton. This means that the waste generated by businesses, workplaces and institutions throughout the city isn’t necessarily being sorted and may be going straight to the landfill.

Edmonton likely won’t see a ban on plastic bags in the near future. Henderson believes it’s something that would have to be looked into after the municipal election this fall – and likely not until there’s also good data from other communities with bans. Montreal will certainly prove a very interesting study for large municipalities across Canada.

Until then, it’s up to residents to dispose of their trash – plastic bags and everything else – responsibly.

What can you do?

Ensure you put plastic bags in a blue bag so they are sent to the proper facility.

If you have lots of bags to recycle at once, stuff them all into a single bag – this helps waste management process them faster and more efficiently.

This story was inspired by a question seeded in Taproot Edmonton's Story Garden. If you have a question about how or why something happens in Edmonton, or you would like to see what others are curious about, join Taproot. You’ll help us put another story like this into the world.