Helping people adapt to climate change is going to be a huge challenge for Alberta, from preparing for more intense floods and wildfires to making space for waves of climate refugees.

But humans aren't the only ones who are going to be affected by these massive changes. Do we have a responsibility to help out those other species? 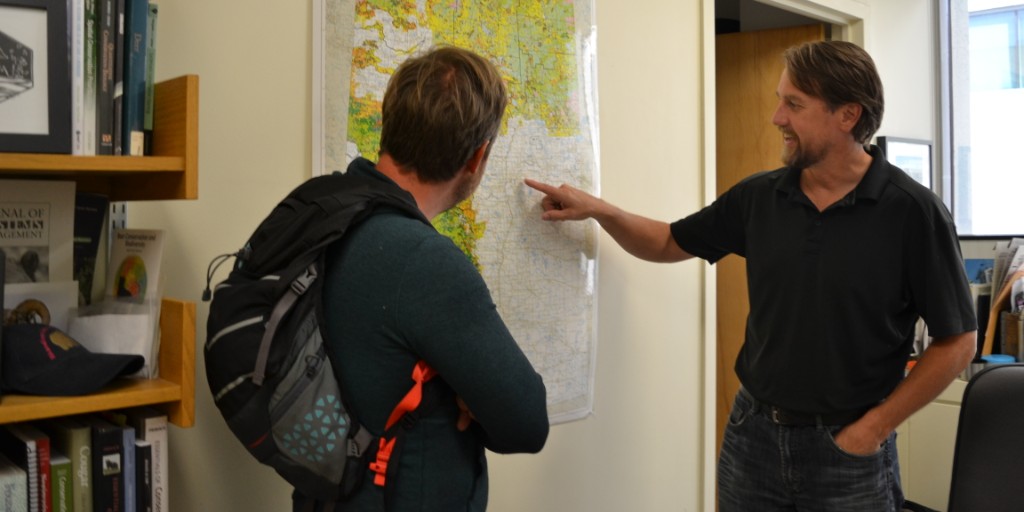 Conservation biologist Scott Nielsen of the Department of Renewable Resources at the University of Alberta discusses habitat changes with Dustin Bajer.

Earlier this year, Taproot Edmonton helped present a live recording of local history podcast Let's Find Out. The idea was to generate a whole season of questions about how humans and nature have shaped each other in our city.

Dustin Bajer — a Taproot member and local plant expert — attended and submitted this question. He was specifically curious about whether we have a responsibility to help other species adapt to climate change by helping them migrate.

He supervised a project testing assisted migration of two plant species whose last Albertan refuge is in the sand dunes of Bruderheim, just northeast of Edmonton. The two plants they focused on were the northern blazing star (Liatris ligulistylis) and long-leaved bluet (Houstonia longifolia).

Listen to the episode at LetsFindOutPodcast.com:

Taproot Edmonton is proud to be supporting the 2019 season of Let's Find Out.