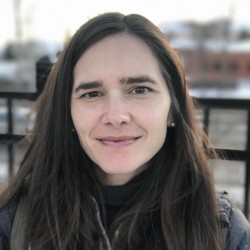 Eliza Barlow is an Edmonton freelance journalist, and a former newspaper reporter and editor. Eliza is a graduate of the University of Winnipeg and holds a postgraduate Bachelor of Journalism from the University of King’s College in Halifax, N.S. She was nominated for Alberta Magazine Awards in 2017 & 2018 for stories published in Avenue Edmonton.

James Keirstead, president and CEO of Levven Electronics, criticized the UCP government for its plan to cancel targeted tax incentives like the Alberta Investor Tax Credit, choosing instead to reduce corporate income taxes.

“This is going back to the old way of doing things as opposed to targeted programs that can drive diversification,” Keirstead said “A broad-based tax decrease doesn’t help drive the economy. It’s really nearsighted.”

“I can’t believe I’m saying this but I kind of agreed more with the way the NDP were doing things … and I’m a staunch Conservative,” he added.

The investor tax credit was among a handful of measures introduced by the NDP that will be “eliminated ahead of schedule,” according to budget documents. Other ousted tax credits impact scientific research, experimental development and interactive digital media, such as video game development.

Keirstead said tech companies use money from these programs to hire talent and reinvest in their own and other businesses.

The government also plans to cut budgets for economic development, trade and tourism and Alberta Innovates. Many Alberta universities and colleges will lose funding, which Keirstead said will have a “knock-on effect” to businesses in the form of fewer talented graduates to hire.

Keirstead predicts the discussion over whether Alberta should have done more for diversification will continue to rear its head with every oil-and-gas bust.

“The stop-start of investment … is a sure-fire way to make sure we don’t become globally competitive,” he said.

Alberta’s artificial intelligence and machine learning sector will get $40.5 million over four years, a sharp drop from the $100 million over five years that had been promised by the former NDP government.

Justin Brattinga, a spokesperson for Economic Development, Trade and Tourism Minister Tanya Fir, said the ministry will fund $34 million and Alberta Innovates will fund the rest.

The NDP’s pre-election commitment was an “unbudgeted promise,” said Brattinga, pointing to stable funding of $2 million a year for the Alberta Machine Intelligence Institute as an example of the UCP’s commitment to the sector.

“The fact that we are still funding artificial intelligence in Alberta shows that we do take AI and machine learning seriously,” said Brattinga.

“We had to make a lot of difficult decisions as part of our budget. Artificial intelligence … is a good sector and we do see a bright future for it.”

Brattinga said the budget’s goal was to create optimum conditions for economic growth and investment in Alberta. Measures like the corporate tax cut will benefit more than 100,000 companies in all sectors, he said.

According to University of Calgary economist Trevor Tombe, the UCP and NDP agree on the goals but use different approaches to achieve them.

“Lowering the statutory rate or introducing investor tax credits or allowing for accelerated write-offs — these are all ways of lowering the tax on new investment,” which in turn should spur further investment, he said.

The main differences between the targeted and blanket approaches are in who benefits, when, and at what cost to government, Tombe said.

The UCP’s corporate tax reduction is a calculated risk balancing the loss of tax revenue against the value of potential investment, he said. Budget documents show a reduced corporate tax rate will have a net cost to the government of $2.4 billion.

“Investment will rise but government revenue will fall — and will fall by more than with some alternative approaches that would also have lessened the tax on investment,” Tombe said.

On the plus side, Tombe said, lowering a tax rate is simple. “(With) the investor tax credits, you need to apply, and they need to be administered, for example, whereas just changing the statutory rate, it’s the simplest possible thing you could do.”

Cory Janssen, co-founder and CEO of AltaML, said the Alberta Investor Tax Credit was a great idea but noted the program wasn’t perfect. He is willing to give the new government a chance on tech, saying he has had conversations that give him confidence in future replacements to the cancelled programs.

“I do think perhaps it was underestimated what the backlash would be and the message it sends to the market,” Janssen said about the cuts and lost tax credits.

“This is clearly a horrible message to send to technology … but we shouldn’t view this government as anti-tech.”

But where the money will come from remains unclear

The Edmonton Economic Development Corporation will come up with an extra $500,000 in its operating budget for TEC Edmonton, even if it means taking the money from another program or finding “efficiencies” elsewhere, says the agency’s chief executive officer.

“I’m not worried (about finding the money) because it’s a clear priority,” Derek Hudson said in an interview with Taproot Edmonton on Friday about topping up TEC Edmonton’s budget to make up for a drop in funding from the City of Edmonton.

“It’s easy for us to find funding for clear priorities.”

The city has provided $1.5 million in annual funding to TEC Edmonton through EEDC since 2014. Starting in 2020, the city’s financial contribution will drop to $1 million annually.

On Aug. 19, Hudson told Edmonton city council’s executive committee that EEDC — an arm’s-length corporation that gets roughly $20 million per year from the city — will bump up its funding for the tech business accelerator to make up the difference.

TEC Edmonton is a partnership, founded in 2006, between EEDC and the University of Alberta with a mandate to help emerging tech companies scale up. The top-up means that the city’s contribution will continue to match the $1.5 million in annual support from the U of A.

Hudson said matching levels of support was an important point noted by the TEC Edmonton task force, formed in 2018 to review TEC’s mandate and provide direction for its future.

The nine-member group, which included representatives from EEDC, the University of Alberta and industry, released its business plan recommendations for “TEC 2.0” last month.

“Everyone on the task force felt that we really wanted to emphasize that it was this equal partnership,” said Hudson, who was one of the members.

“The objectives were to take the best of the university and the best of the business community and maximize the economic value that came from that,” he said. “The task force saw that fundamentally the partnership between the two organizations was important and all of the other recommendations that came out were based on that assumption.”

His early inclination was to go hat in hand to city council.

“My first thoughts were, ‘OK, then we’ll go to the city and tell them how important it is and ask for the extra $500,000.’ But when I thought about the city’s financial situation, I thought that would be counterproductive and not recognizing fiscal realities,” said Hudson.

Instead, EEDC will find money in its ongoing operating budget, which is typically set at the end of November, to make up the difference.

“I think [council was] relieved that we didn’t ask them for more,” Hudson said.

When asked how EEDC plans to make up the $500,000 gap, Hudson said the entire budget would be reviewed and priorities reallocated.

The money could come from “some other program or efficiencies in how we deliver things, or even efficiencies in working with TEC Edmonton,” he said. “There’s all kinds of factors that go into us setting our budget.

“I can’t tell you what that’s going to be and I’m not sure I’ll be able to tell you ever what it is.”

EEDC is under continued pressure from city council to clarify its role in light of the increasing congestion of Edmonton’s economic incubator space. Councillors have asked how its mandate and funding squares with that of Edmonton Global, a non-profit established by 15 regional municipalities to promote the capital city metro region.

Hudson said the process of gaining greater coherence and clarity between various city-funded players could “produce efficiencies” but stressed that what matters is getting economic results and “not to talk about who does what.

“Behind the scenes, on multiple levels, the EEDC people and the Edmonton Global people work together every day to try to do good work,” he said. “If there’s confusion in the community and at the municipal level we want that sorted out for sure, but our real focus is on getting the results and using the unique aspects of each organization to play into that.”

Whatever happens on that front, Hudson says keeping the “unique relationship” with the University of Alberta, with its prowess in artificial intelligence, medicine, dentistry and pharmacy, is crucial.

“It’s one of the key assets to the Edmonton economy,” he said. “We have an actual partnership agreement between the university and the economic development agency. That’s a treasure and we want to maintain that, and maintain that thinking, and so we want to fund it at that level.

“And then we’ll figure the rest out.”